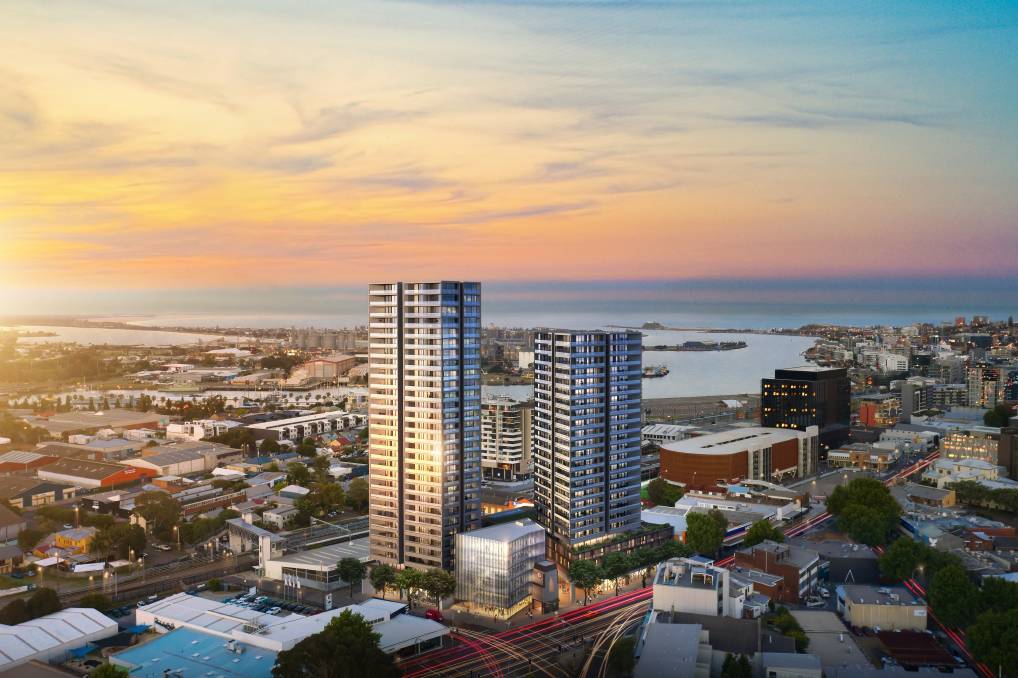 Change is on the horizon for Newcastle’s skyline with the release of plans for more 100-metre tall skyscrapers in Wickham.

The two projects would be the tallest buildings in Newcastle.

Set on the corner of Tudor and Hunter Streets, the proposed Dairy Farmers development consists of one 99-metre, 30-storey building and a 90-metre, 27-storey building.

The two towers will house 184 apartments, ranging from one to four bedrooms, while an adjoining five-storey building will cater for retail and commercial. ADVERTISING

The heritage-listed glass milk bottle and clock towers that form the sole remnants of the former Dairy Farmers building will be “re-imagined” as part of the development.

“Residents will have some of the best views in town, as well as the harbour, great dining and entertainment options, and the transport interchange at their doorstep,” Mr Berry said.

“To create a true sense of community for residents we’ve focused on incorporating communal and green spaces and facilities such as a gym, a cabana pool area with lap pool, wine bar and cellar, and function rooms.

“In what we believe is a first for the city, we want to use some of the commercial space as a residents’ shared work hub, so they can work from home without being in their apartment.”

Dairy Farmers Towers would be Thirdi’s fourth apartment complex in Newcastle’s West End, with West and Eaton on Union being joined by Stella on Hannell this year.

“We feel like the West End is our second home,” Mr Berry said.

“A landmark will be reborn to create a new chapter in the West End’s growth as a great place in which to live, work and play.

“We want Dairy Farmers Towers to be a West End icon.”

The Sydney-based group purchased the site at 924 Hunter Street, which has also served as a car showroom, from developer Jeff McCloy in late 2020.