Plans for a $180 million “shop top” development on Sydney’s North Shore are set to tap into increasing demand in the area from local down-sizers and young families for conveniently-positioned larger apartments.

The Lindfield project will deliver a mixed-use precinct spanning a 7000sq m site of an existing Coles supermarket.

To be called Balfour Place, it is the fourth joint venture between developer Thirdi and private equity group Phoenix Property Investors and boosts the value of their current workbook to more than $700 million.

They have acquired the site and joined forces with Coles Group to develop the mixed-use precinct.

Thirdi director Luke Berry said the joint venture was working with community stakeholders and Ku-ring-gai Council to finalise a shared vision for the site before a planned sales launch of the project later this year.

“When Thirdi started working with Coles, we quickly identified there was an opportunity to improve the residential elements of the DA,” he said.

“So, with the support of Coles and architects Rothelowman, we re-imagined the apartment layouts and created a mix of larger apartments, perfect for the down-sizer and young families we see as the likely purchasers of our apartments.”

Berry said it planned to reduce the number of apartments from 70 to 62 to offer more space to residents and deliver less impact on neighbours and the community.

He said the modification of the existing DA was being finalised with a view to lodging with council in early October and start the second stage of construction in the first quarter of 2022. 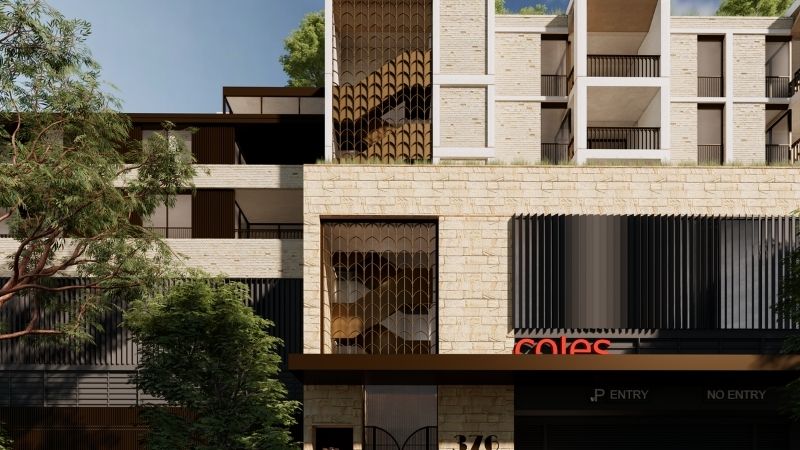 Balfour Place will comprise one-, two-, three- and four-bedroom apartments with a private courtyard and roof top gardens built above a retail and commercial precinct with a large format Coles supermarket, specialty retailers and a heritage office space fronting the Pacific Highway.

The first stage of construction has already begun with Coles managing the realignment of Balfour Lane at the rear of the site before handing over the delivery of the mixed-use development to Thirdi.

Coles has signed an agreement for lease as the anchor tenant of the new mixed-use precinct.

CBRE sales director Ben Stewart who has been appointed to market the Lindfield development, said convenience was king for buyers and the location of Balfour Place would be a key drawcard.

“Our market research has indicated that demand for high-end, conveniently located new apartments in the area is strong, with almost all initial inquiries coming from local residents,” Stewart said.

He also said the data showed that “shop top” developments like Balfour Place achieved an average 16 per cent premium on prices compared to suburb averages.